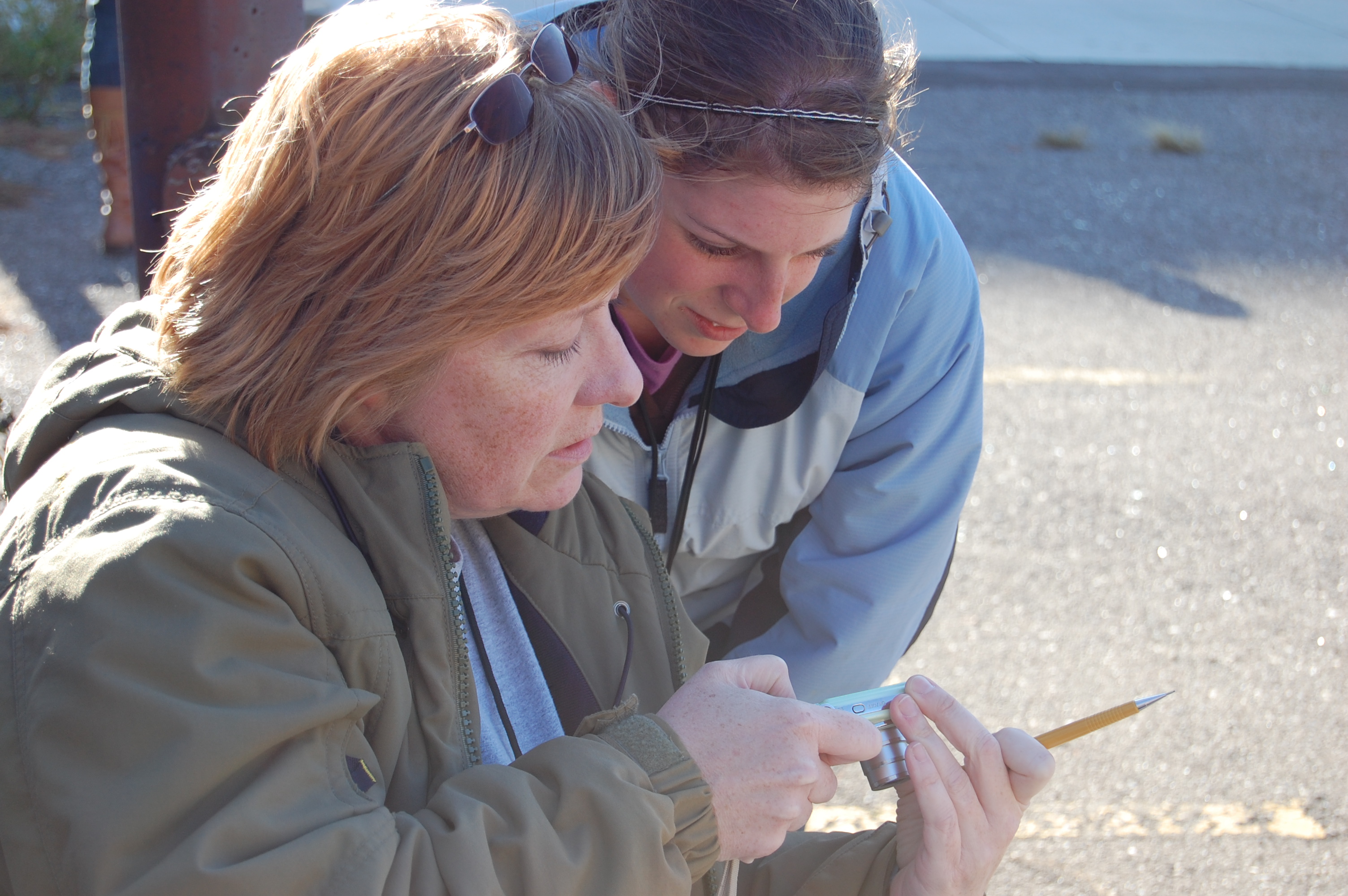 Three weeks into shooting, everything is a blur. “Was she carrying the bookbag over her left shoulder or right shoulder in that shot?” “Did we show anything IN the bookbag?”… Wait, a seccond! Was she even wearing that outfit?

Once the questions begin, you begin to doubt everything — the style of hair, the shoes.

Then in comes “Scripty”. Like Assistant Director, this is one of the more thankless jobs because, of course, you’re trying to keep everyone honest. No one — not hair and make-up, not wardrobe, not props — like to hear that Scripty has raised an issue with some element of the scene. But in the end, everyone knows the importance of checking these details.

One of the quickest ways to be jarred out of the illusion of a film is to see some continuity error that causes you to say: Hold on… wasn’t she wearing a BLUE sweater when she left the house?

On her notebook, Bethany Waldon (featured here with PA extraordinaire Kimberly Zavicar) has quotes she’s heard over the years, including “Script Bitch”.

While Bethany has the exquisite handwriting and meticulous detail of a 20th century NASA engineer, she’ll also make sure that every infraction of the film’s code is caught and brought to justice — and that every miscreant who might misses a detail knows just who the Sheriff is in 19th century Tombstone.