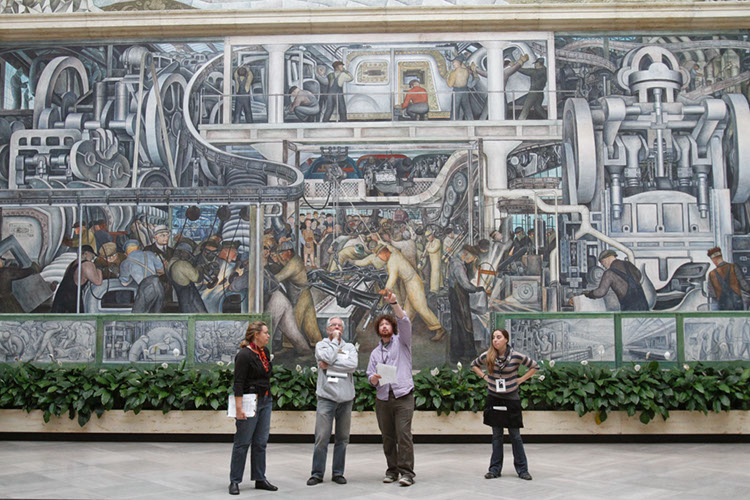 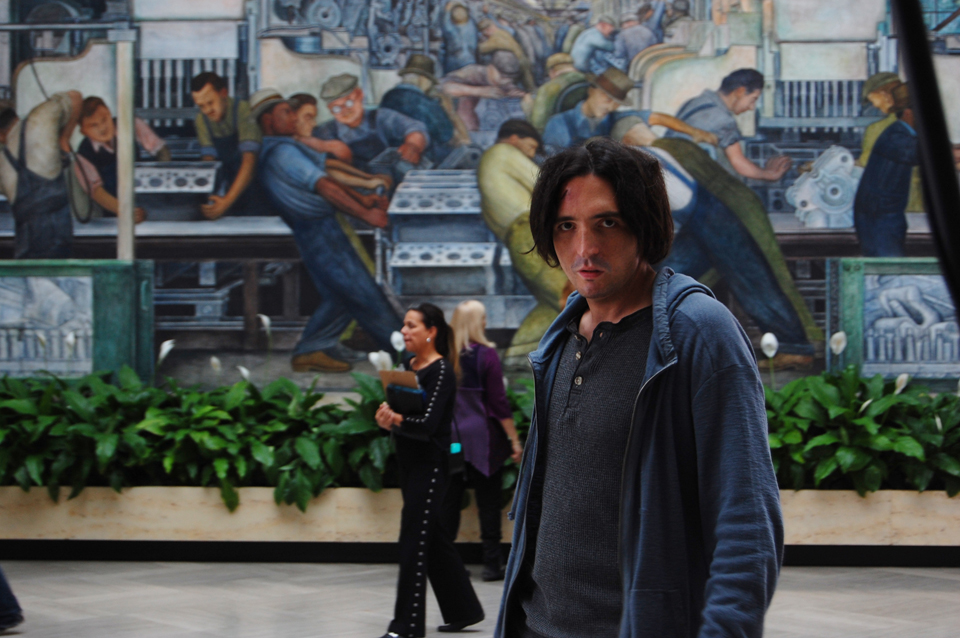 As you can tell from the photos above, filming in the Diego Rivera court has been one of the highlights on this film for me. These are just three of the STILL images we came away with. There’s a whole ‘nother piece of art from the DIA featured in the Cass.

If you look closely at the shot of David Dastmalchian, you’ll notice two women in the background. They made shooting in the Detroit Institute of Art possible — and I need to give them a shout out: Barbara Heller, Director and Conservator (the blonde farthest back) and Director Antonia McLemore (to the left). It isn’t that we literally, logistically couldn’t have done it without them — their generosity made the whole experience a joy.

And as I hope I’ve made clear for the past three weeks, the hardwork of the other folks featured in these shots helped make that possible as well. (Thanks too to Michael Coakes for providing a good number of the photos I’ve been featuring in these blogs.)

Okay, so there’s one thing that’s been bugging me about that shoot, one thing that is like nails on a chalkboard, it’s three weeks out AFTER our time INSIDE the museum and hearing folks still refer to: the Riviera court! Like the Greek Cyclops, the artist’s name has just one eye… and he’s no relation to the French vacation destination. He’s Diego Rivera.

There. Now that’s off my chest. Let’s move on.