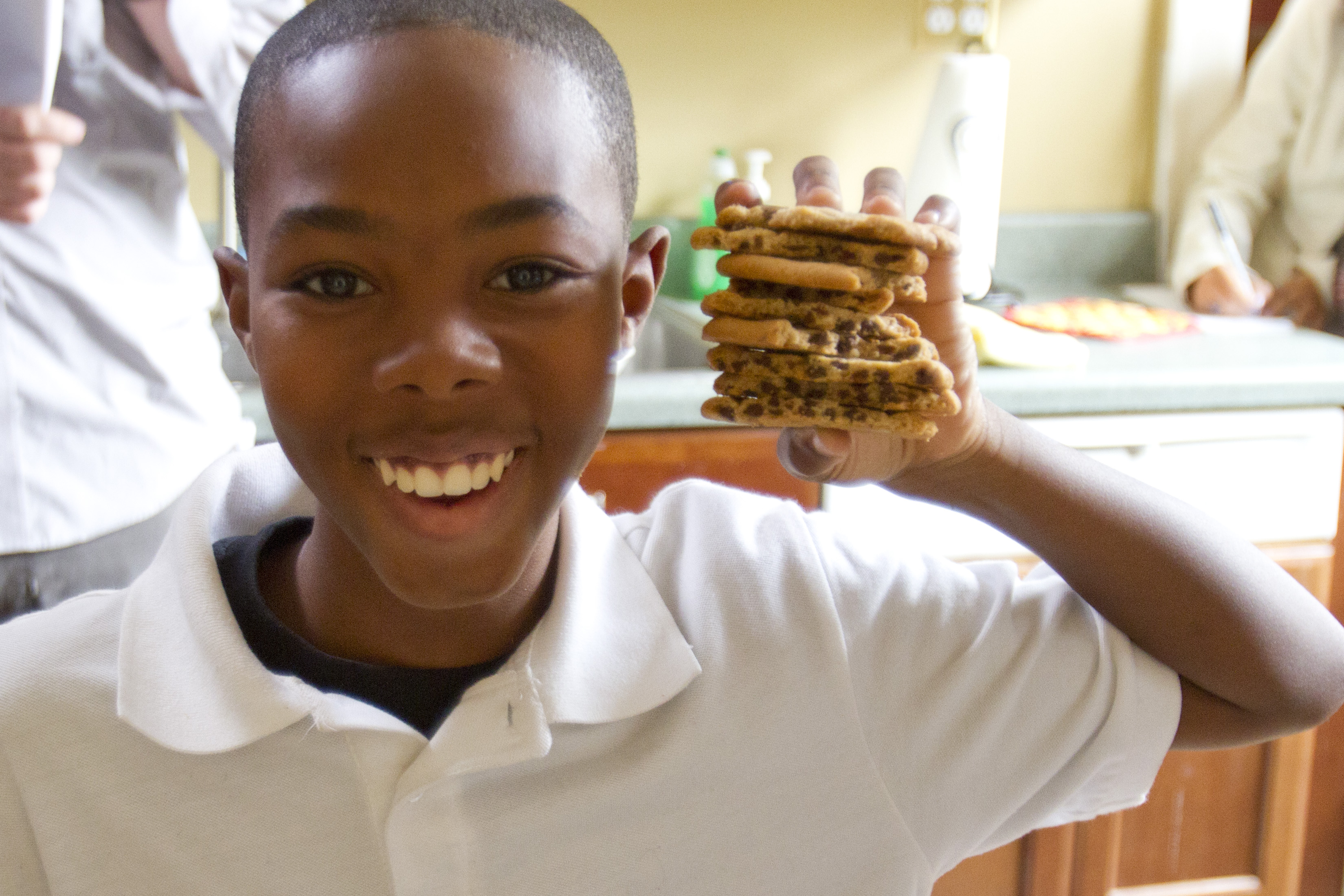 One of the biggest responsibilities for any director is to ensure the safety and well-being of the actors. We’ve had stunt coordinators onset for a close quarters fight scene, a firearms expert for a scene where we were looking for the muzzle flash from a handgun, and even Don, Tutor to the Stars, who provides our underage actors with the teaching required by SAG.

But this photo is a glimpse into the gritty, crumby (sorry, I couldn’t resist) underbelly of filmmaking.

The scene? Cass walks into the kitchen and her brother, Franklin (played by Craig Woodall) is dunking a chocolate chip cookie in a glass of milk, delivering his first line with his mouth full.

The first challenge? The morning of the shoot, the thespian’s mother, tells us that he is lactose intolerant. There is discussion of substituting orange juice for the milk — but since that would kill the dunking anyway, we stick with milk and have Craig hold the glass of milk as he bites off a cookie.

But with each take, we need to reset — and that means another chocolate chip cookie. As you can see, Craig is not troubled by this challenge. Like Tom Cruise doing his own stunts on the latest Mission:Impossible, Craig is set to  In fact, as we begin setting up for the reshoot, we find him nibbling edges of the cookies and within half an hour the guy is jacked up on sugar, threatening to go Tasmanian Devil on us.

Perhaps the most amusing part of the shoot was a moment when I ask that we cut to a close up and use one of the already-gnawed upon cookies. I laid out the cookies as if I was dealing cards and found one with the least amount of toothage… “Oh, not THAT one,” he moaned the minute I reached for it. “That’s the one I wiped my nose on.”

[Craig is a bit of a whiz with the one-lines and improv… In one scene where he has to exit the back seat of a car which was inadvertently locked, he called out to James McDaniel in the front seat: “Door, PLEASE.” And tonight, when Cass was walking down a wet stairway, her shoe flew off and hit our DP, Ron Forsythe who remarked:  “I think that’s the first time I’ve actually been kicked by talent.” Without missing a beat, Craig turned to him and in his best commercial voiceover said: “That’s the Power of 3D!” So, we’re going to keep feeding this guy chocolate chip cookies until we wrap.]