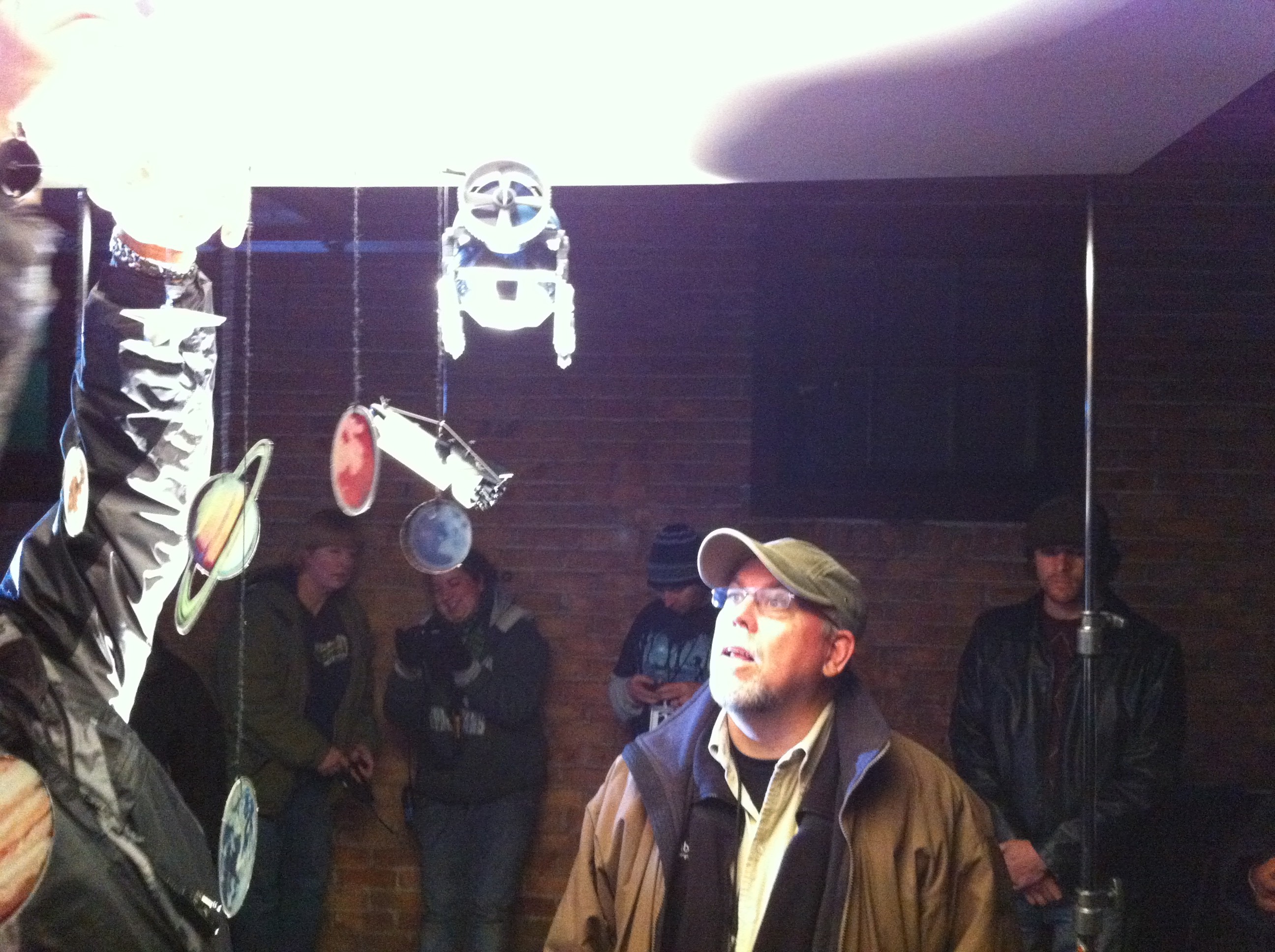 To create the ceiling of a boy obsessed with space travel, John Keenan, our Production Designer, created a universe with mobiles, glow-in-the-dark stars and model spaceships. The result — when the lights went down and the stars began to glow — is a magical moment that got members of the production team to begin humming “Also Sprach Zarathustra” from Kubrick’s 2001 (of course, Stanley had a slightly bigger budget even back in 1968!)

John and his team of Rocky Galloway-Gooden, Carl Schram, and Utility Infielder, Brion Dodson (who is so good, the camera department has been stealing him whenever possible) have helped put together all the details on the set, from a bowl of cereal to a .50 calibre bullet and a whole universe of details.