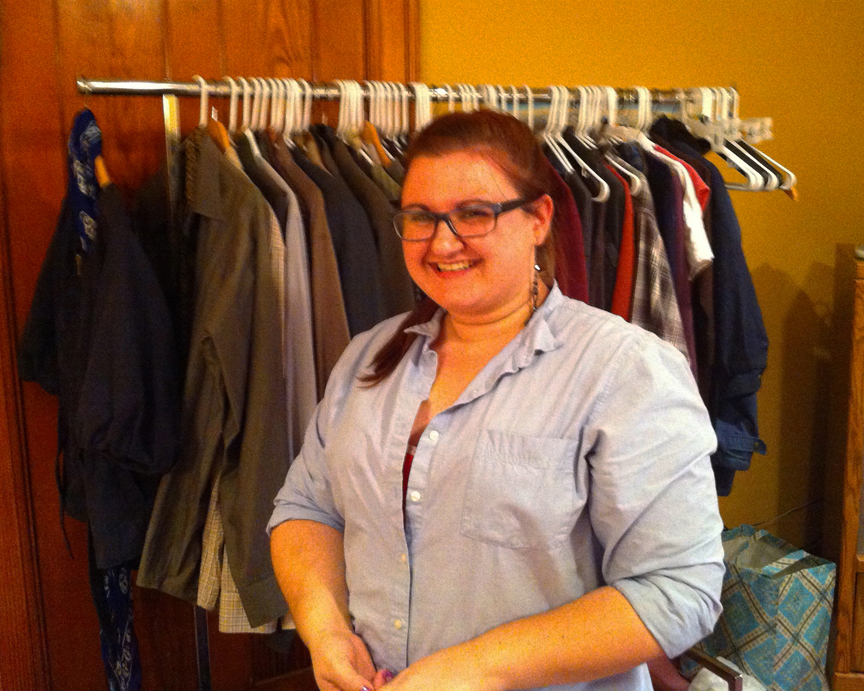 Wardrobe is one of those underappreciated departments. Like many aspects of a film, it’s when you DON’T notice the wardrobe, when it works seamlessly and subtly to maintain the illusion, that it usually works the best (though there are some notable exceptions: Breakfast at Tiffany’s sorts of wardrobes where Audrey Hepburn needs remarkable chic.)

On the Cass set, Amy has been working to create the illusion of a middle-class family in Detroit. But given our limited budget, she’s brought in a cavalcade of assistant who have definitely gotten the crew’s attention. Almost every day of the show, she has brought a DIFFERENT attractive young designer on set to help out: Saint Caitlin (see below), blond Brit Katherine, Mallory, Cayla, Rachel, Mary, Lara, Kristen, and William.

You’ll never see these individuals in the finished film but they’ve all helped to keep the stars well-dressed thus, the film believable. 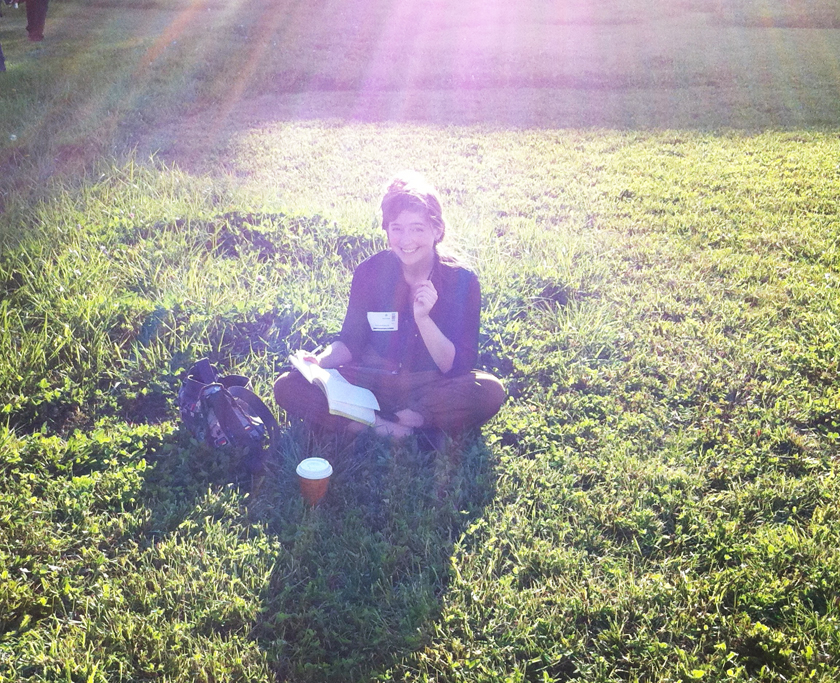