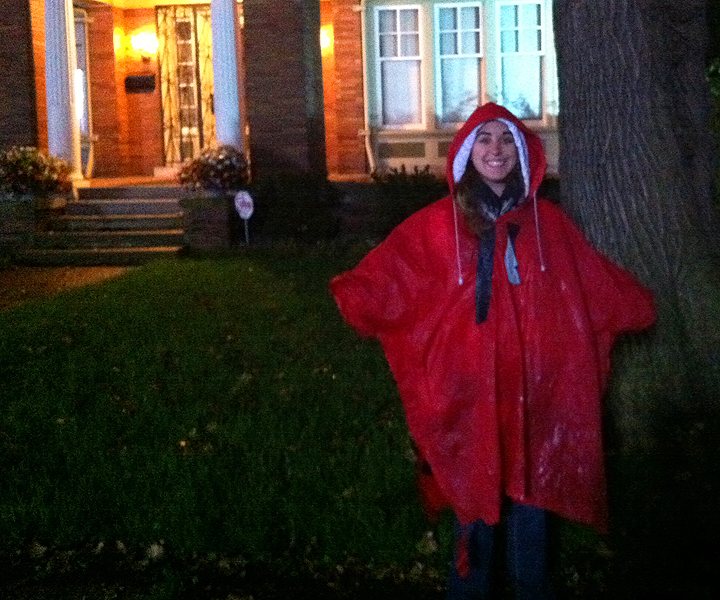 Well, and every other PA I may have forgotten at the moment I write this….

One of the reasons I like this picture of the Ninja Production Assistant Bailey is her smile. This photo was taken somewhere around 1 in the morning on a rainy, chilly night in late October. By the time the camera shutter closed, she was undoubtedly being asked to help slate the next scene. Or asked by the production department to help bring talent to the set or to take the director coffee (not because he asked for it but because folks are getting increasingly concerned about the circles under his eyes from not sleeping at his rundown hotel the last three nights.) Or any of a hundred other tasks.

Whether it is Chrissy capturing behind-the-scenes shots or John chauffering actors to and from the airport or Kim taking control of the construction site backhoe to tear down a house (okay, she didn’t actually work the backhoe itself but she birddogged the construction company so we could GET the scene of the house being torn down that the idiot scriptwriter decided to drop in) or Tony running from department to department with the football (the folder containing important production-related paperwork)… each one of them has shown up on set on time and with a smile. That attitude is what is going to help get this film made too.