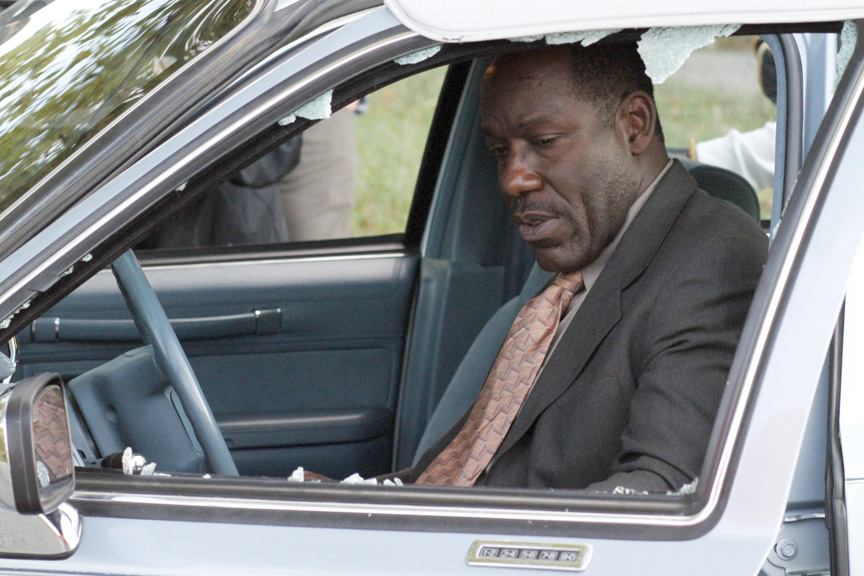 In the title essay for her book on writing, Anne Lamott tells the story of watching her brother in grade school, the night before a paper was due. All semester he was supposed to have been doing research on Birds. Of course, he had procrastinated; the paper was due and he had nothing. She describes watching him, sitting with their father at the dining room table before a huge stack of books they had just checked out of the library. Her brother, close to tears, turned to his father and said: “How am I going to DO this?”

Her father opened up the first reference book and said: “Bird by bird, buddy. Bird by bird.”

Certain days on the set, after being presented options from wardrobe, after inspecting whether the cut on an actor’s head is “scabby” enough, after discussing whether this next shot needs a Diva or just a bounce card to knock down annoying shadows, when you’re trying to get the shot in before lunch is called in five minutes — or your child actor needs to be off set, you get that sixth-grader feeling in your stomach… How am I going to DO this?

But there in camera frame is a professional like James McDaniel who has come to set so thoroughly prepared you know you can count on him delivering — the way you’ve been counting on every other professional on the set to give your their options and their best work.

When asked to do a scene in which there’s been an attempted carjacking, James walked up to the car and without futzing or worrying about broken glass on the seat from the LAST shot, sat down behind the wheel and got into character.

In fact, he didn’t simply sit in the seat… he asked for the art department to bring MORE glass that he could “play with”. He sparkled his shoulders and lapels with the actual glass shards from the window. Because that is, of course, what getting down to work is: realizing the images you had in your head — days, weeks or even months –before you ever got to THAT moment.

If you look at the image from the last post and put it side-by-side with this one, it gives a pretty good sense of how a film gets made: shot-by-shot, image-by-image.

And watching someone like James at work, helping you shape this one image, gives you that sense you have watching an entire flock of birds on an autumn afternoon startle up and take flight in unison. The entire set gets galvanized, bird-by-bird, and you see it all come together in one breathtaking move.