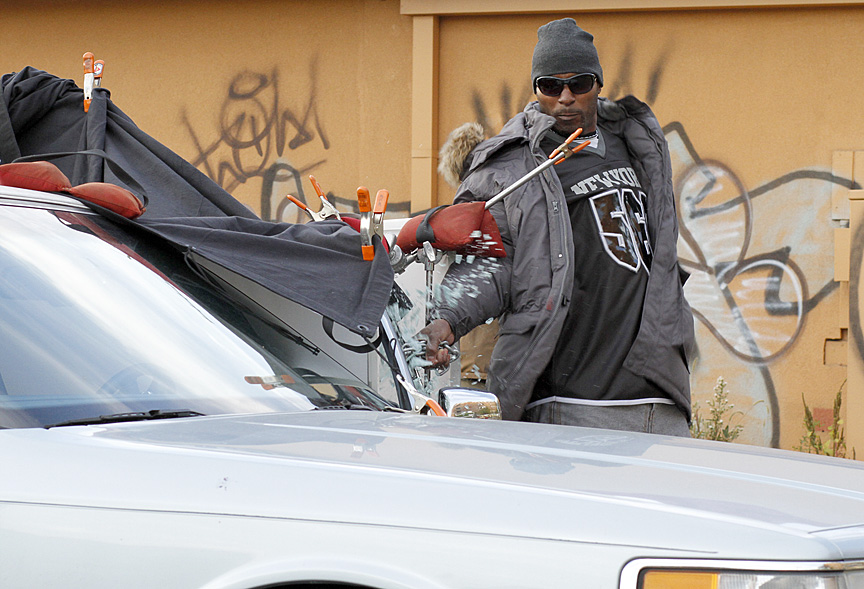 It’s a role without any speaking lines, an unsavory part that some actors would treat as a yawn, a walk-on. But as small as this part is, Q is critical to the storyline — and Theo Williamson walked onto the set prepared to play. Once the hooded jacket was on him, he skulked and paced the set. In one scene when he — a non-smoker — is required to smoke, he pulled out his own pack of Kools, his own butane lighter and lit up; no waiting on the art department for props.

In this shot, you see the final moment when he breaks the car window with a length of chain and a lock; it was the only car window we had (heck, because it’s the only CAR we have).

At one point, as we were rigging the door, everyone sat bolt upright as we heard the sound of breaking glass. In the abandoned lot, Theo had found a television set. As we all sat there seeing him bent over the shattered picture tube, he looked up — and without smiling, without breaking character — strode back to the set. He was now ready for the real window.