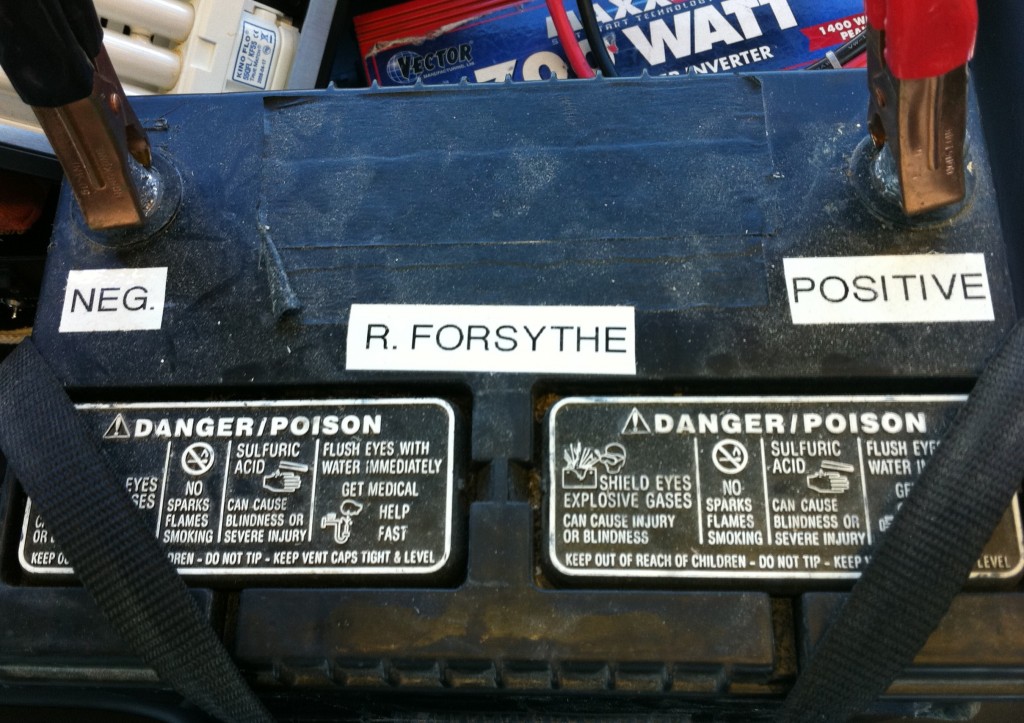 Riding a hired bus north on Woodward on the first day of our shoot, I looked down and saw this 12-volt battery and thought: This may be the best icon for Ron Forsythe, our DP, that I could imagine.

I’ve known Ron now for almost four years. Seeing his name, emblazoned on the battery he had brought along with him to Detroit as part of his own kit for the film, I imagined an actual line of batteries being that would power films and capture the essence of what he brings to a production.

To underscore what I mean, here is what he said when asked him about this particular battery that bears his name: “Oh. Well. It takes the 12 volt DC and runs it to that inverter over there and makes it a square wave AC current. We’re running the BarFlys and DIVAs off that because obviously we’re mobile and don’t have access to a main power source. Pretty basic.”

Not only does the guy care about a stray highlight in a frame, not only does he care about nuances of color and shadow, he KNOWS the details to make that happen. And because he knows, he does not suffer fools. Like the best, working battery, both his Positive and Negative posts are in balance and alignment. He has a clear sense of aesthetics rooted in the practical craft to achieve a certain a specific look and feel.

And without our Ron Forsythe battery, this production would be completely in the dark.