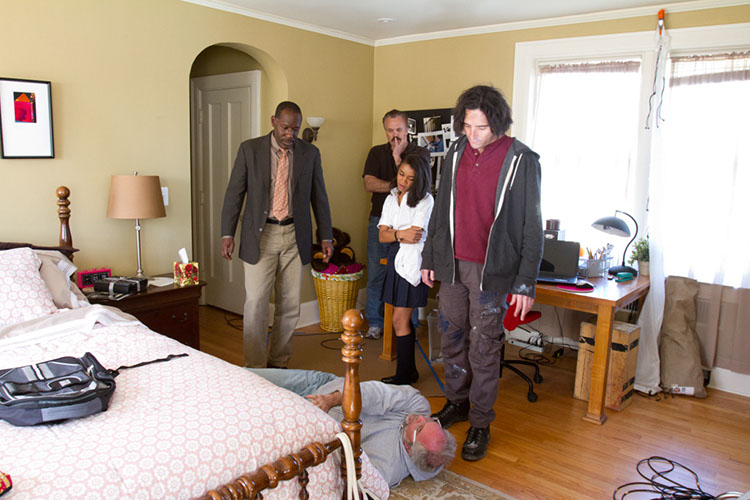 If you’ve been counting the days (which I don’t imagine you have), you’ll have noticed that it’s been exactly two months since the last blog post.

“Where are things at?” is probably the most commonly asked question I hear about Cass. Another question that gets asked far less often is: “How come there are no photos of you on the website?”

Well, we’ll answer both of those questions with one photo on this blog post. See that guy on the floor? That’s me. And immediately following the shoot, that’s pretty much how I felt physically, emotionally (and yes, economically.)

Don’t get me wrong; I’d do it all over again in a second… it’s just taken a bit longer than I expected to get things together to take it on to a premiere in 2012.

Here in the darkest days of the year (in the northern hemisphere) it’s the perfect time to hunker down in the edit suite and hammer this out. The footage looks incredible – and I’m sure with the people we’ve got
working on sound and music too, this is going to be a powerful film.