I first saw Helen Sadler in a Sam Shepard play with David Dastmalchian in Chicago. Watching their on-stage chemistry as girlfriend and boyfriend, I asked them to play similar roles (but very different from boyfriend-and-girlfriend in the Sam Shepard cosmos) in my second short film, Credits.

What I love about this photo, taken between scenes at the Museum of Contemporary Art in Detroit is Helen’s focus on the work — and the colorful surround of the interior. Watching her, engrossed in the artwork she’ll be looking through in the film, reminds me of just how she immerses herself in a role — whether a short film, a Sam Shepard play, in a brief scene in Steven Soderbergh’s Contagion, or in this case, as Moira, the art curator in Cass. 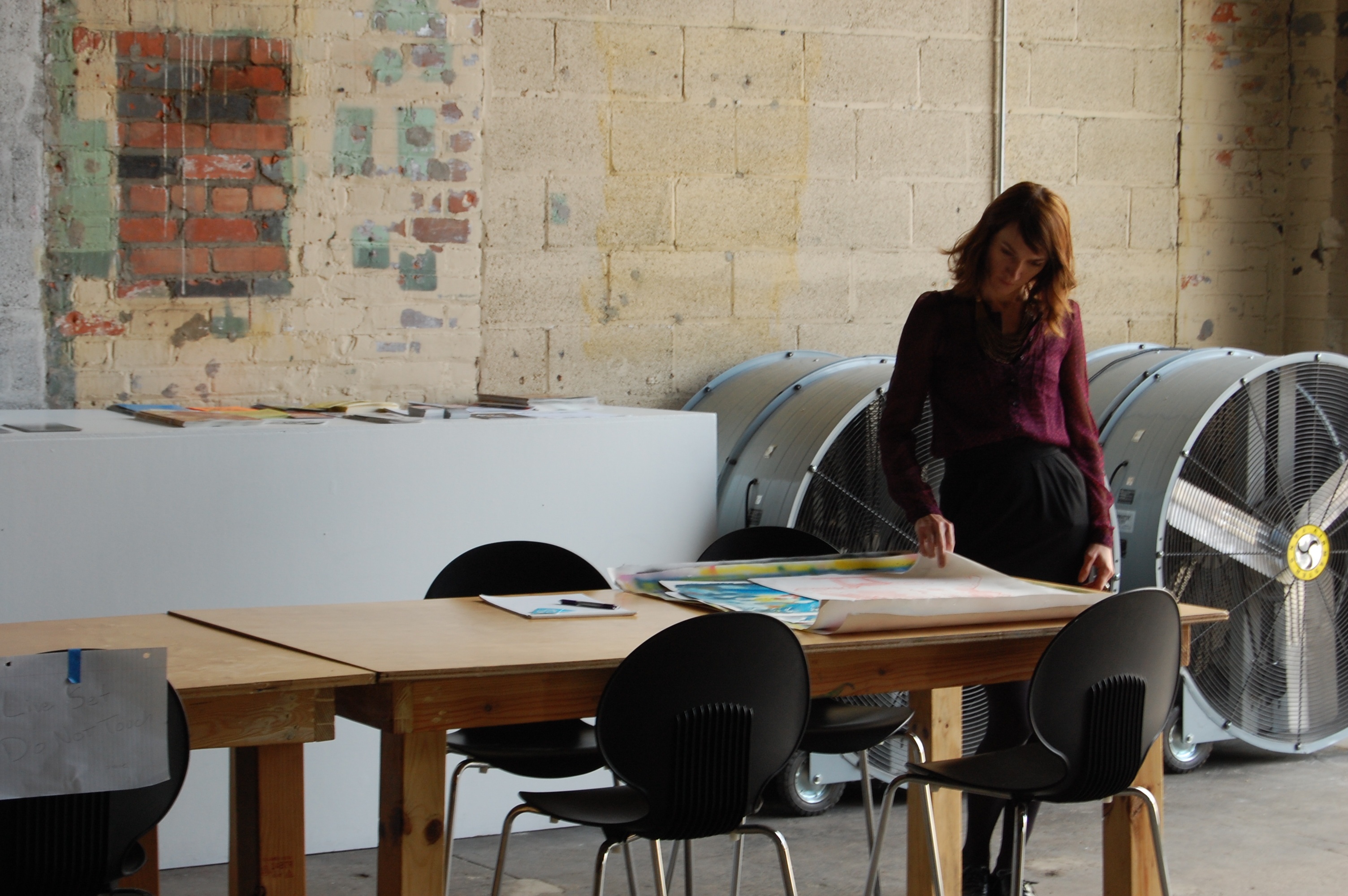